The President tweeted his support for Kavanaugh praising women who are showing their support around Capitol Hill.

As images of 1000’s of protesters whining around the Capitol and Supreme Court emerged on social media and television, President Trump took to Twitter to praise those coming out in support of Kavanaugh, boasting that they were “gathering all over Capitol Hill.”

“It is a beautiful thing to see – and they are not paid professional protesters who are handed expensive signs. Big day for America!” The President tweeted on Saturday.

He also pointed out on Friday protesters opposing Kavanaugh that the protesters were  ” Soros paid professionals.”

Women for Kavanaugh, and many others who support this very good man, are gathering all over Capitol Hill in preparation for a 3-5 P.M. VOTE. It is a beautiful thing to see – and they are not paid professional protesters who are handed expensive signs. Big day for America!

The very rude elevator screamers are paid professionals only looking to make Senators look bad. Don’t fall for it! Also, look at all of the professionally made identical signs. Paid for by Soros and others. These are not signs made in the basement from love! #Troublemakers

Pro-Kavanaugh Protestors Shine in the Halls of Congress.

I’m do damn proud of these conservative women who show civility and command of the issues. Instead of brainless liberal women who screaming “shame” or “look at me when I’m talking to you.”pic.twitter.com/97nCuJLJeH 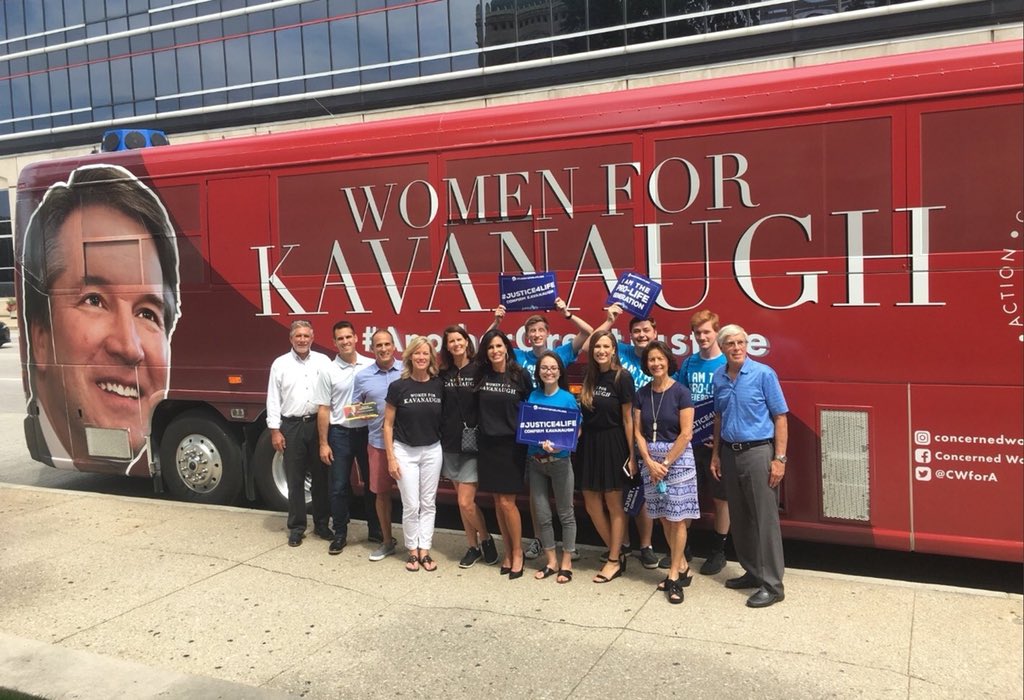 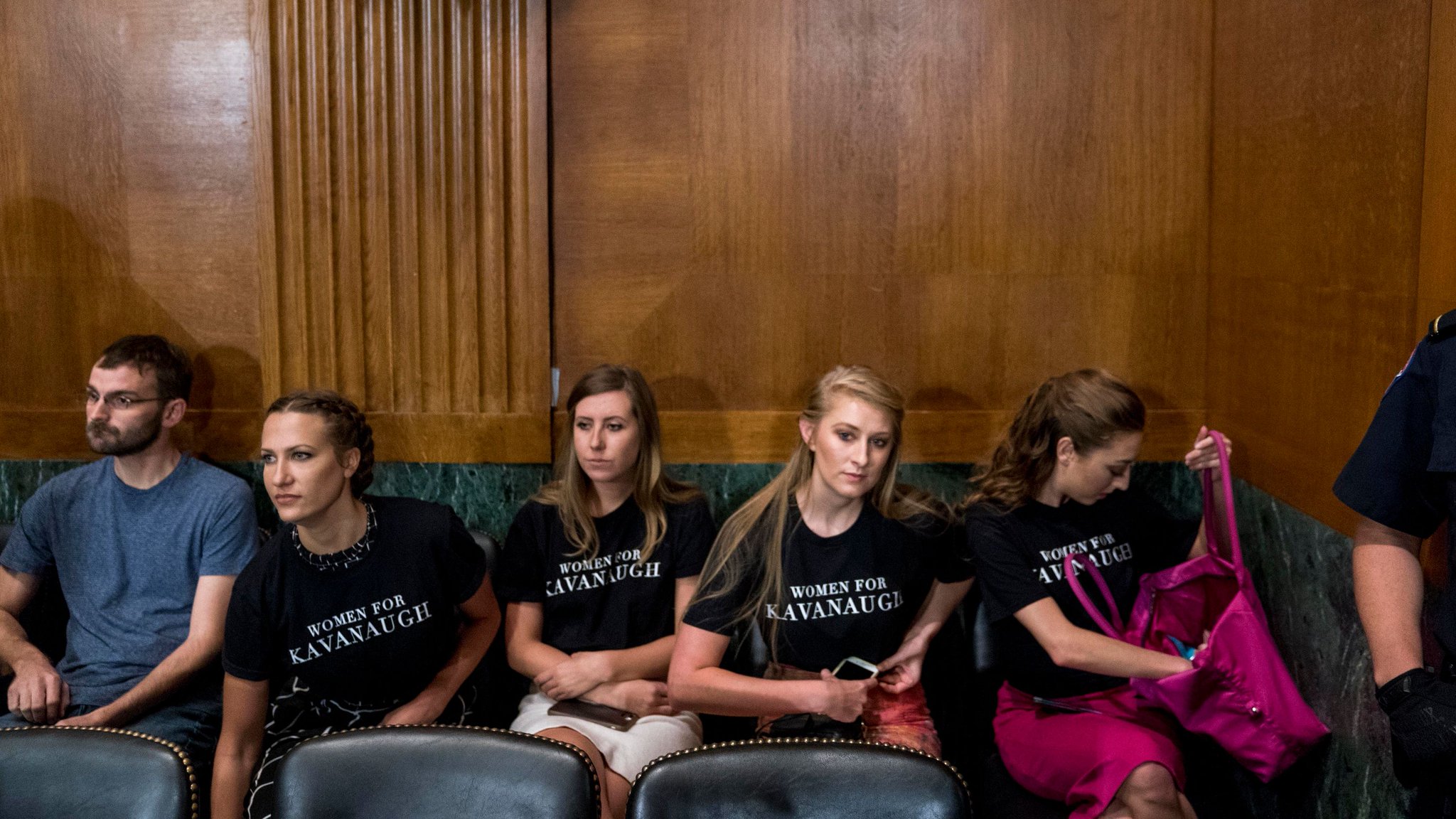 LIBERAL women maybe. YOU do not represent the many, many women who support @realDonaldTrump and Judge #Kavanaugh. #womenforkavanaugh #womenfortrump#tcot #p2 #JusticeKavanaugh pic.twitter.com/XOOkphAY1G

Enjoyed meeting this incredible group of kind and friendly “Women for Kavanaugh.” What a difference from the other violent protestors we’ve seen around here… pic.twitter.com/pTl3Cv3Fq6

Group of mostly women who are supporters of Judge Kavanaugh walking around Senate office- said they are thanking Manchin & more for yes votes pic.twitter.com/AKAQCu5cLG

We Stand With Judge Brett Kavanaugh!